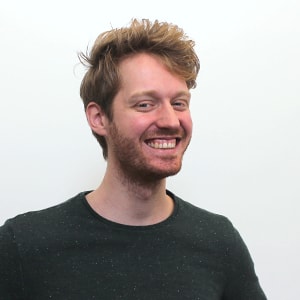 My name is Johan van der Meulen and I am a developer at Playing for Health for 2 years now. I specialize in C# programming and Unity 3D, but I also write native iOS apps in swift and Android in Java. When I don’t work for Playing For Health I am a developer and Product Owner for a game company in Leeuwarden. In my spare time, I like to make music and go style dancing with my fiancee. I especially like the English waltz because you don’t need loose hips for that.

How we made a serious game, and more important, why
We want to take you through some steps we have encountered in the process of making a game. A serious game, not a simulation game, but one that is still fun to play! The game called “Quitty – stop smoking game” needed to implement behavioral changing techniques we could validate to help people get rid of a bad but persistent habit. A risk that comes with this, is that of making a scientifically validated game, which eventually no one would play because it’s no fun at all. How we made certain choices to reach both goals, how we invested our time as student developers, and now as young working developers and how we worked together with our partners who speak a different language because of their medical background.