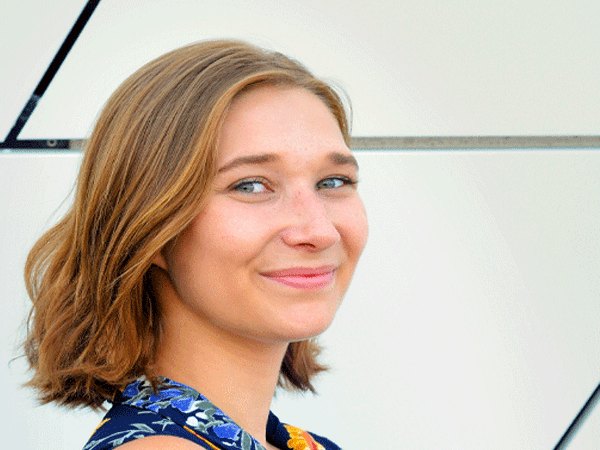 Anna Domen is a psychologist and currently working on completing her at the Department of Psychiatry of the Academic Medical Center (AMC) in Amsterdam. Her research focuses on cognitive functioning in psychiatric patients. She has an interest in transdiagnostic psychiatry that transcends the traditional diagnostic categories. The last four years she has coordinated a randomized controlled trial at the AMC to investigate the efficacy of a newly developed online serious game to train cognition in psychiatric patients with various psychiatric disorders. Before pursuing her PhD, Anna completed both her Master of Science (MSc) in health-care psychology and her Bachelor of Science in clinical psychology with cum laude distinction at the University of Amsterdam.

An online cognitive game to improve cognition for psychiatric patients
Cognitive dysfunctions are common within the psychiatric population. They affect patients with varying disorders and can have a major influence on everyday functioning. Improving cognition in psychiatric patients could lead to maintenance or earlier return to employment and independent living and therefore to reduced healthcare and economic burden.
A new online serious game (AquaSnap) was developed to help in this regard. Using an online game to improve cognition could improve motivation by providing an entertaining game-environment and online access could increase availability to large groups at limited costs. We performed a randomized controlled trial to investigate whether playing AquaSnap could improve cognitive functioning in psychiatric patients.

A total of 87 patients with various psychiatric disorders were included in the study. Our results show that those subjects that had played the cognitive game for at least 12 hours in three months, showed significantly larger improvements in the area of working memory. Large effect sizes, although not statistically significant, were also found for improvements in executive function, global cognition and psychosocial functioning. Unfortunately, we did encounter issues with adherence and drop-out. Therefore, we explored factors which might be related to individual difference in adherence and response to the game. Identifying these predictors will help to further pave the way for personalized prognosis and treatment.

Cognitive impairment is common within the psychiatric population and affects patients with many psychiatric disorders. These impairments can impact the whole spectrum of cognition and have a major influence on everyday functioning. Improving cognitive functioning in psychiatric patients therefore seems important; it could lead to maintenance or earlier return to employment and independent living and therefore to reduced healthcare and economic burden.

Availability of interventions to improve cognitive dysfunction is limited. A new online serious game (AquaSnap) was developed to help in this regard. At the Academic Medical Center (AMC) in Amsterdam we are performing an RCT to investigate the efficacy of AquaSnap to improve cognitive functioning in psychiatric patients. The game can be played at home and because we expect the game-environment to be enjoyable, treatment-adherence will be maximized.

In addition to the online training, a new online assessment tool was also developed; the MyCognition Quotient (MyCQ). Assessment of cognitive status is essential for developing and validating cognitive training programs. Current cognitive test-batteries, however, are often time-consuming, require a trained assessor and usually cannot be employed at home. The MyCQ measures five key domains of cognitive functioning in 30 minutes. The MyCQ also configures AquaSnap, determining which domains are weakest and should be trained the most in each individual patient. The MyCQ was validated at the AMC and shows good concurrent validity and internal consistency. It can be easily used at home, is less time-consuming than other instruments and can be used across a wide range of psychiatric disorders.